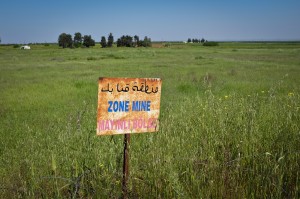 The walk through no man's land at the Killis/Azaz border crossing had me blinking through sweat at my dusty surroundings. We had just watched the Hayat Convoy for Syria successfully pass through, laden with aid not bound for Damacus, but heading to be distributed from Azaz. We were in Free Syria now - as opposed to regime controlled Syria - and this unofficial entry would keep the aid, and us, … END_OF_DOCUMENT_TOKEN_TO_BE_REPLACED 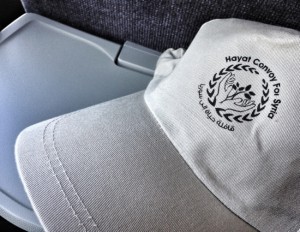 While the world's news is again preoccupied with North Korea, confirmation is seeping out of Washington that Assad has in fact used sarin gas on suburbs of Damascus and elsewhere, in what it calls a "small scale" chemical weapons attack. I'm not sure if 20+ people killed by chemical weapons would be considered "small" if located inside US borders. What I am sure about is this can only exacerbate … END_OF_DOCUMENT_TOKEN_TO_BE_REPLACED

A Journalist friend is holed up in Syria. Yesterday he told me he needed more mobile web options and asked for advice. As foreign nationals are being told to leave, he is staying put. As an experienced journalist he's seen worse, but he has no idea how bad this is going to get. It's getting harder and move around as recent reports talk of snipers on roofs. Of the smart phones available on … END_OF_DOCUMENT_TOKEN_TO_BE_REPLACED 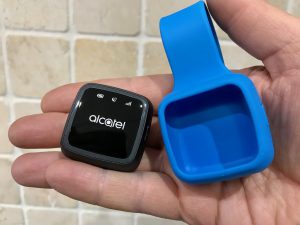 Ever since I travelled into Iraq during the war in 2005 I've had a use for location tracking. Back then I used my Geocaching GPS receiver, the Garmin Gecko 101.  I would manually log my location then send the coordinates back to the UK in an SMS. I thought, that should I go missing, at least my last location would be known. Satellite or SIM card tracking back then was not available to the likes of … END_OF_DOCUMENT_TOKEN_TO_BE_REPLACED

This website uses cookies to improve your experience while you navigate through the website. Out of these, the cookies that are categorized as necessary are stored on your browser as they are essential for the working of basic functionalities of the website. We also use third-party cookies that help us analyze and understand how you use this website. These cookies will be stored in your browser only with your consent. You also have the option to opt-out of these cookies. But opting out of some of these cookies may affect your browsing experience.
Necessary Always Enabled
Necessary cookies are absolutely essential for the website to function properly. This category only includes cookies that ensures basic functionalities and security features of the website. These cookies do not store any personal information.
Non-necessary
Any cookies that may not be particularly necessary for the website to function and is used specifically to collect user personal data via analytics, ads, other embedded contents are termed as non-necessary cookies. It is mandatory to procure user consent prior to running these cookies on your website.
SAVE & ACCEPT