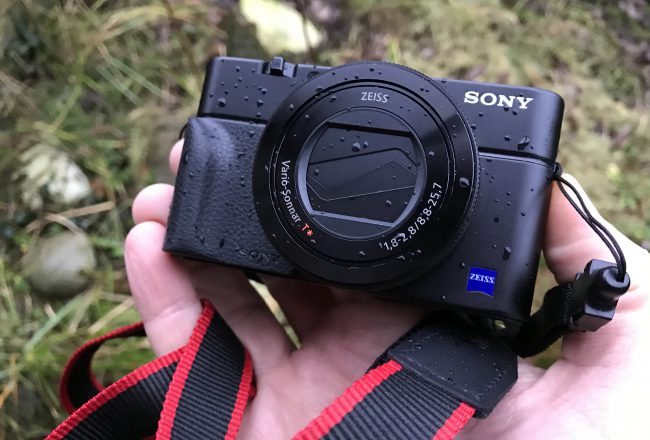 There is no shortage of pockets at this time of year and the very pocketable camera that I carry alongside my phone at the moment is the Sony DSCRX100M4.

It was in the camera shops of Singapore that what started as curiosity into the latest camera tech, turned to fascination and then the sudden need to upgrade my then every-day-carry (EDC).

It’s form factor many have left behind. In a time when our phone is our main camera and an image that’s good enough is good enough, why might you want to invest in yet another compact camera?

You probably won’t.  You are more than happy with your phone and quite like the consolidation of your video and photo capturing/sharing needs into a single device.

Or, on the other hand, you may have hit the ceiling of what’s possible with the sensor in your phone and crave the image quality you once enjoyed on your SLR.

Like it’s predecessors, this iteration of the RX100 packs and insane amount of technology into a device that will slip into your jeans pocket. And yet in the time it took for me to get round to blogging about it, it’s already ‘old’. The Sony RX100M5 is out.

Before I left on my trip to Singapore and Hong Kong I made the painful decision to leave my FujiFilm X100T at home. It’s not a huge camera in old school terms. In fact it’s a form factor I’ve adored during photo based assignments. The dials are there on the body, the viewfinder bright and crisp.  But I needed to travel light and both the X100T and it’s battery charger had to stay at home.

I missed it almost immediately. And on day two of my trip I was browsing the camera stores of Songapore when a tip off from Dan Chung sent me to Cathay Photo. A fully stocked photo-geek Mecca.

If you don’t need a new camera and are more than happy with the video and photo workflow you already have with your current device then read no further. I don’t want to be responsible for another impulse buy just because someone said that the tech was cool.

I haggled till I got a price I was happy with. I even got a tiny charger, spare battery and screen protector thrown in. And yet still I got buyers remorse. That is until I took at look at the images it produced.

I hadn’t drilled into the specs as at just the mention of the ‘Exmor Stacked CMOS sensor’ my eyes glazed over and I was in unknown territory.

For good reason. This 20.1MP 1″ sensor is apparently a huge leap forward. Stills can be shot at 16 frames per second. Video at 1000fps delivering great slow motion footage.

The new sensor is what’s key here. It records at such high speeds and bitrates it needs a special card. Thankfully not a memory stick like Sony used to insist on. An SD card but the absolute fastest possible at that time. The one I had with me was fast but some of the menu was inaccessible till I purchased a 64GB Class 3 SDXC UHS Card.

“The RX100 IV is among the most technologically advanced cameras of its type that we’ve ever seen. Internally, we’re told, Sony’s engineers judge that their new 1″-type stacked CMOS sensor is roughly five years ahead of anything else on the market, and on paper at least, it’s hard to argue with that assessment.”

Both cameras are still limited to shooting 5 mins of 4K video at a time and I don’t see a huge increase in Image quality.  The newer camera apparently has a worse battery life. Good job you can USB charge it.

With WiFi/NFC, OLED Electronic Viewfinder, 3″ tilting screen and Built in ND filter the RX100R4 is the best spec’d compact I’ve ever owned. I use it almost daily but In a similar way to my phone. While working, if I am uploading video from my phone I will shoot stills on the Sony.  If I need to shoot a low light snap it’s also the first thing I go for.  Also every week I shoot a ‘selfie’ for my newsletter and the wifi capability + app makes this a simple operation. You can preview and snap over a distance but it’s just a lower resolution JPG that’s transmitted from the Sony to your phone. I’ve shot 51 weekly portraits so far. Mostly with the Sony. They are linked here. [LINK] 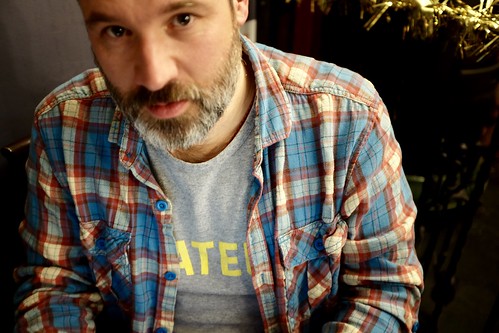 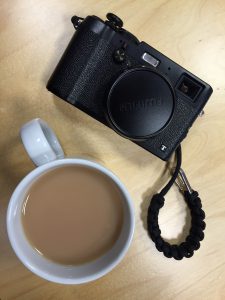 But it’s not may favourite EDC. That’s still the FujiFilm X100T.

The Sony models may have more whistles and bells but much of them lie dormant. Buried in a menu I don’t have the patience to explore. Nine times out of ten I leave the camera wide open in aperture mode and just point and shoot. With the X100T I could be in full manual, tweaking and adjusting, almost without thought.

Ergonomically the X100T feels like a work tool, an extension of your body. The Sony RX100M4 feels like a point and shoot on steroids. I can’t focus my imagination when my attention is lost in a menu.

And yet the Sony is small.  It has a flip up screen and USB charging makes it a truly portable travel camera.

So for now, even though it’s menu is a chore any may always hide it’s full potential, it’s the camera I carry day to day.

I blog in these pages sporadically but do write a weekly newsletter. Subscribe Here.

Some of the links on this page may be affiliate links at no cost to you and I have no arrangements or relationship with the Sony brand.

This blog is hosted by @RichardMackney and Fish Media