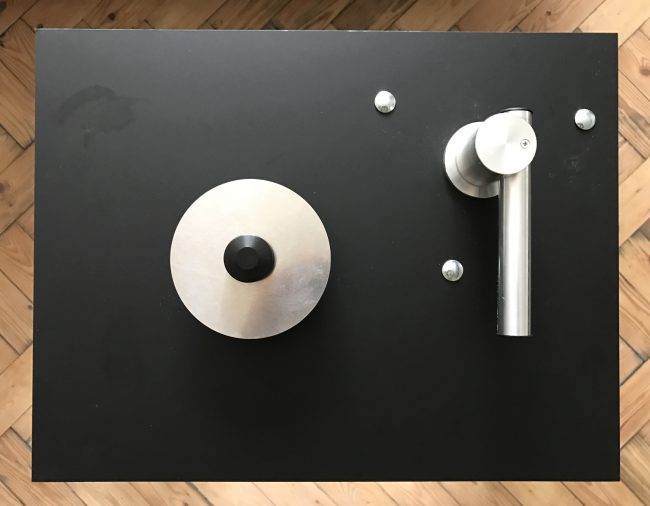 This is my new favourite gadget.  The Pro-Ject VC-S record cleaner.  I got it from Henley Designs and for £299 it handles like a serious industrial cleaning machine. The silver arm you can see in the photo both sucks up the debris and also dries the record in the time it takes for a full revolution. It’s nosy for a few seconds but there’s a hell of a lot of suction power.  Your vinyl is ready to play immediately.  I had a small plastic cleaning bath and drying rack prior to this and I can’t begin to tell you how much of a faff it was.  So much so I stopped using it and put the crate digging on hold unless the source of filthy records was near a shop with a cleaner. Removing fingerprints, dust, dirt and debris not only improves the sound of your records, it protects your records and stylus from wear.

You are good to go straight out of the box. The system comes with some cleaning fluid, a goats hair brush and a little spout you will need when it comes to empty the system.  If you loose or wear out any of these items they can be bought as spares.   If I could improve anything I would incorporate the spout into the fluid draining hole in a future update as it’s easy to do and one less thing to have lying around. 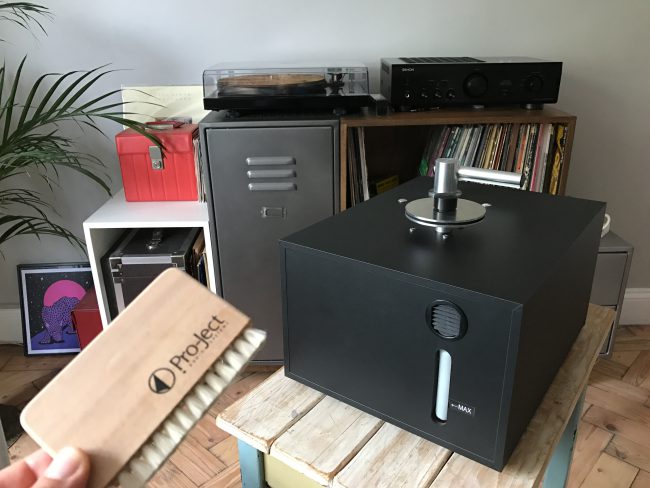 For me the VC-S has shone a light on a world of smeggy vinyl.  Records I’ve previously passed by in charity shops and car boot sales are now something I’ll actively seek out.  I won’t say the dirtier the better but providing the scuffs aren’t deep scratches I know I’m now equipped to wash and remove pretty much any surface gunk.  It only takes a minute to reveal the shiny grooves hidden under 40 years of grime.  It’s pretty therapeutic too.  My only concern is how much it’s widened the playing field for my vinyl buying habits.

[If you subscribe to my newsletter you would already have seen this video.]

[Incidentally if you have any unwanted vinyl you know where I am.  Or let me know where you are.]

The video above was shot on an iPhone and the audio was recorded using a Røde Lav into the wireless Newsshooter kit.  It was nice to be liberated from cables.  I’m working on simplifying this set up to make it even more portable.