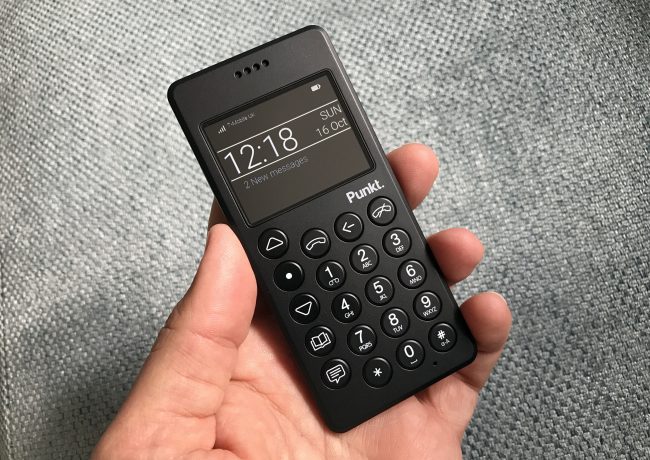 There’s been eight newsletters since my last blog post. If you subscribe to my newsletter you will have recently read me wondering how I might manage without my iPhone and Apple Watch for a week.

The more my mobile devices can do, the more they seem to want me to do.  I was considering a dumb phone to try and experience 7 days with fewer distractions.

Yes it’s a drastic step when all I really need to do is to dial down the notifications.  I have tried that.  It used to be an ongoing battle as new apps would need tweaking.  Then an iOS feature ‘Do Not Disturb’ came along and things worked a little better.  I just need to find a way to dial up my willpower, to change my ingrained habits and forcibly remove the temptation to check stuff or browse for no real reason.

That’s when I considered taking a week off from my smart phone.  I’m not talking about a week without the internet (remember the NoPhone?)  I’d still allot time in the morning and evening to email.  I’d still use my laptop or iPad to write, edit and research.  I’m interested to see what would happen to my workflow.  To my work.  To those moments I spend away from a desk.  How will I come too see those around me, glued to their phones?  I can go days without making or receiving phone a call. Will I start to get more calls and texts?  I also rely heavily on my iPhone for my car based sat-nav.  Will asking for directions get me where I want to go?

Initially I considered digging out my old Nokia N95 but It’s still a smartphone. I also have an old Nokia 33-something and an 8210 but figured there must be an update of the distraction free mobile phone.  Something timeless without programmed obsolescence.  After a quick google I found the Punkt MP01.

Designed in collaboration with the British Designer Jasper Morrison, it’s a sleek stripped down ‘dumb phone’.  I contacted the company to buy one and after a brief chat about my proposed experiment they offered to send me a handset free of charge.  I was happy to pay the £230 for the device as I figured the cost might encourage me to follow through on my experiment. Turns out the company ran a Digital Detox Challenge during the summer.  They challenged people to live without their smartphone for 48 hours.  Forty participants.  Not all of them made it.

When the phone arrived I made a video.

Calling:  Yes you can make phone calls.  So far I’ve made a few of them and they are clear and coherent.

Intuitive UX/UI:  The uncluttered monochromatic text-based interface is very clear and bright.  Sometimes too bright when out in the wilds of nature trying to protect your night vision.  The menu is so intuitive I’ve yet to read the manual.

Calendar:  The calendar is just a calendar.  You can’t log stuff to it but you can see the layout of the month at a glance.

Alarm Clock:  With some great sounds.

Bluetooth:  You can see pair the phone with your car or handsfree kit.

Notification Centre:  You will get told you have missed calls or texts on the home screen but it won’t nag you.

Simple Navigation: This certainly is a feature.  You can pretty much acquaint yourself with all the menu options in the time it takes you to drink half a pint.

Battery: The battery cannot be removed and promises 500 hours standby. Yes, you read that right.

Bespoke ringtones:  The Norwegian sound artist Kjetil Røst Nilsen has been let loose to compose some great alerts you will not hear outside of your local wood or jungle. There are some modern ditties too but I’m really taken by a few of the organic sounds.

Alarm:  Should you not trust your hotel to wake you up, your phone can wake you with an exciting alarm type sound. 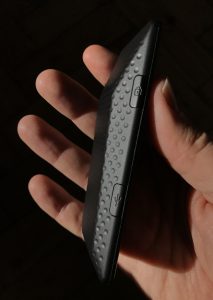 You can hear some of the message tones and ringtones in the video above.

As soon as the phone arrived I rushed out to get a SIM.  I mistakenly bought a Three Mobile SIM forgetting that the MP01 was indeed quad band and unlocked for worldwide usage, but 2G only.  Three don’t do 2g anymore.  Giff Gaff seemed the best option but in the interim I bought an EE SIM that when inserted popped up on my phone as T-Mobile.

And there I was.  Stood in the street wondering who to call or text as there was little else I could do to test the phone.  So I called Ilicco. I got his answer machine so I tried to text him.  I managed but for someone who uses voice to text on a daily basis predictive text takes a little relearning.  I’m still relearning.

It all worked.  The phone is screaming to be taken into the outdoors.  To places you wish to enjoy without the constant nagging from tech and tools.  The design and feature set is meant to be all you will need but I do wonder why the phone is not waterproof.  Of course a small sealable bag is easily attainable should you want to take the device into the wilderness. But for the money some may want more than it’s bespoke nature to differentiate it from devices like the Nokia 105 which at £17.99 manages to be splash proof.

There’s little else to review for now past the fact that a simple phone allows me to easily do simple things.

We are told excessive device use impacts sleep.  That too much screen time may damage your brain.  Now apparently humans have a lower attention span than goldfish.

I’ll let you know in my newsletter how things go when I dial right back and ditch my smartphone for a week.  It’s interesting to read how US sixth-graders who went five days without exposure to technology were significantly better at reading human emotions than kids who had regular access to phones, televisions and computers.

As some of my generation reside between the digital and the physical, strung out by our network, a few of us may feel lucky that we didn’t grow up perpetually glued to a screen.  Life is too short to see it through pixels alone.  I’d like to reacquaint myself with the off button.

I’ll leave this here. My watch just told me it’s time to breathe.