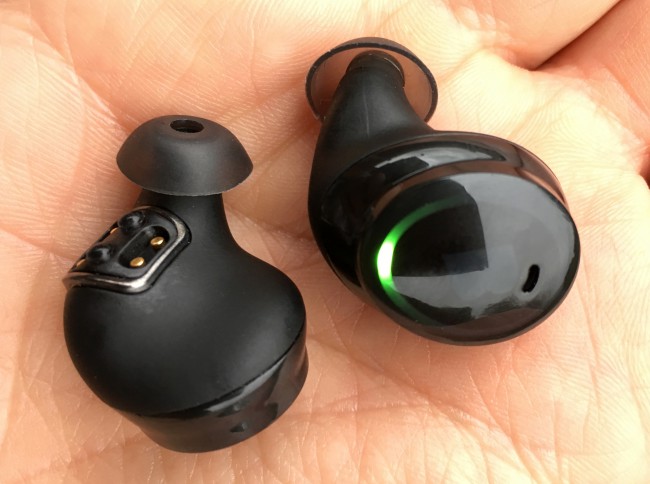 I’ve had these beautifully designed wireless ‘smart’ earbuds for almost two weeks now.  I bought them through Kickstarter two years ago.  They cost $237 (£143.80) and arrived at the end of January.  My initial excitement had somewhat worn off.

Back then, in 2014 I felt they were verging on science fiction. Now there are a few companies making bluetooth earbuds.  Not as highly spec’d as these, but maybe you should go look at them first, define your needs.  It might be that their spec got the better of Bragi. 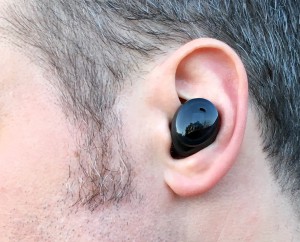 Initially the first posts and reviews appeared to be born out of the excitement that the two year wait was over.  Probably from people who had a shiny box land free of charge on their desk.  Or worse, they copped a five minute feel at CES.  Statements like ‘The smartest earbuds on the planet’ and ‘Bragi managed to deliver exactly what it had promised’.  I wondered if we’d looked at the same units.  I’ve now seen more recent reviews.  These are from people who look like they actually bought and paid for The Dash.  There’s definitely an air of frustration.

The out of the box experience had me going. “Ooo shiny!” And then I waited.  The firmware update took three hours to trickle transfer from one earbud to the other. It uses near field magnetic induction (NFMI).  Sounds futuristic but needs old fashioned patience. The new firmware filled me with hope.

The Dash is an impressive offering.  My first bluetooth earbuds were connected with a cable that held a little battery box.  The Dash are truly wireless.  It’s also a water resistant fitness tracker, heart rate monitor and 4gb media player the size of two large earbuds.  Or so I’ve heard.  After the 3 hour update the buds still had issues speaking to the phone. They connect for a little while. But only if my phone is less than 12 inches away.  They’ve never managed to talk to the app until I deleted all my bluetooth devices and started from scratch.  All I’ve really managed is to have them play music from the inbuilt 4gb storage.  Which was also flaky. 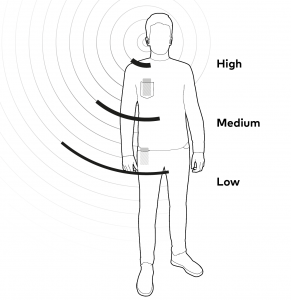 Today I saw some guidelines on the Bragi website recommending that for optimum bluetooth performance you wear your phone on your right arm.

Being left handed the phone is in my back pocket.  On the left. This is fine for all the other bluetooth headphones I’ve had. I currently have the Jabra Revo and my phone can be anywhere on my body. Even in the other room and the sound is crystal clear. They are not ‘smart’ but they keep me connected to my audio.

So on the four occasions I’ve attempted to test the Bragi while running, they lost connection and failed.  Usually after 10 mins. The fully charged earbuds first lost connection then failed to respond to any touch gestures. It’s possible that wearing them under a thin wool jogging hat creates some static that borks the touch sensors.  I’ve revived them four times now with an iPhone reset pin.

I did contact Bragi in the hope of a fix but they seem a little overwhelmed.  It took seven days for me to get an automated email response with a list of things to do.  I am really hoping that the buggy software, weak bluetooth to the phone and sporadic connectivity between earpieces will be sorted.  First-to-market problems become early adopter issues.  I probably should have waited for the second addition.  Instead I’ll leave them in the box till the next firmware update arrives.  I do like the charge box. It holds five charges and is beautifully made. 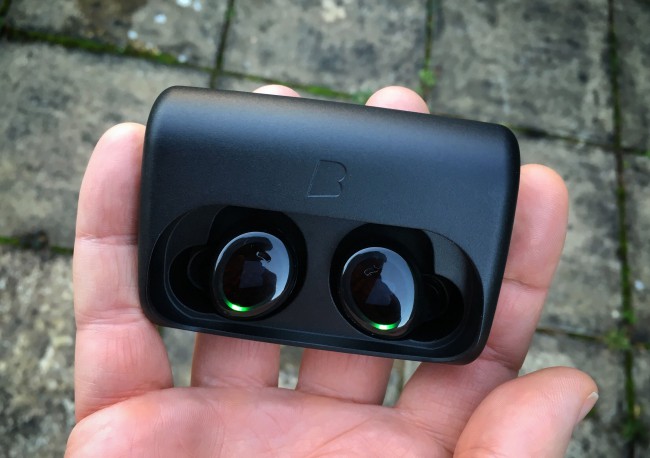 I’m glad Bragi have aimed as high as they did and feel anyone thinking about buying their tech should not write them off.  Just wait and see. They are clearly very passionate about what they are doing.  The issues they have overcome have seen them create an amazing new class of product.  Two tiny sensor rich computers you stick in your ears. A platform too.  A ‘hearable’ that promises to consolidate the functions of many other devices. Just not yet.

Although disappointed with my initial experience of the hardware, I’m hopeful. Hearables are going to be a huge part of the future.  As we reach peak screen I want fewer screen glances, fewer visual distractions.  A future where the ambient awareness of contextually relevant data augments our realities.

The tech may currently be a little flaky… But at least this isn’t science fiction any more.

And I also have a Backchannel