For many discerning content creators the vertical vs landscape video conversation is still raging.

Some are happy to digest content as it’s delivered.  Others are vocal in their frustrations.  When faced with the trend to shoot video in an upright format, some foreheads are slapped.  Angry mumblings mumbled.

I hesitate to use any video capture app that does not favour landscape over portrait.  In my opinion it’s not seeing the bigger (or wider) picture.

Although I may be only one of a few who still care.

Shooting in portrait can sometimes be a restrictive format. Those new to capturing video on their mobile devices just lift and shoot.  The ergonomics make it easy for the device to be held vertically.  Yet people appear to forget they have articulated wrists.  Handy for both filming and viewing.

In the past I’ve taken photos for both money and fun.  As a result, when it comes to shooting video I automatically hold my phone in landscape mode. (The long way, horizontal.  As apposed to upright/vertical/portrait.)

We’re designed to view the world in landscape.  If I want to shoot a photo that emulates what our eyes see, I reach for a 50mm lens.

A trained image-maker may consider composition and the final destination of the media.  It’s also much easier to capture movement in a landscape frame over a vertical slot.

A blogger may be considering a multitude of destinations for their content.  I see now that others might not.  Today it’s about the disposable moment.  The fleeting interaction.

But at what cost?

I’d love to make the comparison to the TV in the corner of the room.  How that format was the natural progression from cinema and perfect for visual storytelling.  But behaviours are changing.  In my house we got rid of the TV in the living room.  Replaced by books and records.  Elsewhere we have mobile screens and a rarely used HD projector.

If we were all streaming our media from devices to walls and ‘dumb screens’, upright video may have been be slower to take off.  If you have sent an portrait video via AirPlay to your TV you’ll know what I mean.  The annoying thick black bars and cheek to cheek interviews.

But currently our most watched screens are the ones in our pockets and we like to hold them a certain way.

Perhaps Vine and Periscope are partly to blame for this. Not wanting to point the finger solely at Twitter.  Or any business model demanding our eyes and content.  Anything that stymies that flow gets in the way of our undivided continuous attention and interaction.

News orgs have a lot to answer for in this arena.  Jon Steinberg of The Daily Mail’s North American Operations is quoted in the NYT as saying…

We’re working to get to 100 percent of our videos vertical. We find the engagement much higher. Users are more satisfied, and there’s a higher completion rate on them.

I’m picturing video archives filling with vertically shot stories.  The behaviour attached to the disposable moment is now shaping the future of the documentary.

Norwegian Broadcasting (NRK) are already experimenting with shooting vertical documentaries.  Their take is a little more thought out, ensuring the final story is responsive across all screens.

As Kim Jansson explains, the limitations were obvious.

Tall buildings, trees, signs and cairns (there are a lot of them in the mountains surrounding Otta) looked really great vertically. Correctly placed in the image composition, it could create a nice depth in the image.

Meanwhile: Sometimes it hurt our photographers heart to film in height. Especially on the mountains in beautiful Gudbrandsdalen, it was hard to deliberately not capture the beautiful landscape in, yes, landscape-mode.

It was extra challenging when people moved. When you are close and film in height, it does not take much for the motive to disappear out of the frame. Think of a little kid playing or a car turning.

Sounds like an art in itself.  Just favour tall things over wide and tell people to stand still.   Makes it hard for me to shake the thought of landscape video being ‘proper video’ and vertical as a low resolution insta-video-gram.

Perhaps now our phones can shoot 4k video we can have the best of both worlds.  Shoot first in landscape for prosperity and future devices.  Then crop out a portrait video for those trapped in tired advertising models. 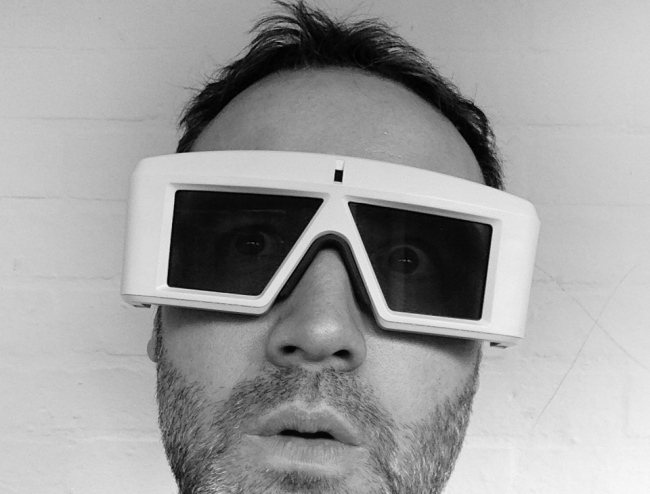 Now let us consider the near future.  The next generation of screens will be wrapped around our eyes, projected into goggles.  Maybe even embedded in contact lenses.  Our eyes are side by side. Virtual and augmented realities are unlikely to be in portrait.

I’m sure there will be other formats. Immersive video is opening up all kinds of possibilities. Maybe you will prefer square video on your watch. Triangular video on your shoes.

Vertical videos may ‘look and feel right’ on our devices.  But for how long?

For the time being it just feels right that 99% of my videos are shot in landscape.  Maybe future devices will demand a resurgence in landscape over portrait.

Ultimately we should use our tools to tell the story and not to shape it.

Some of my workshops focus on video production.