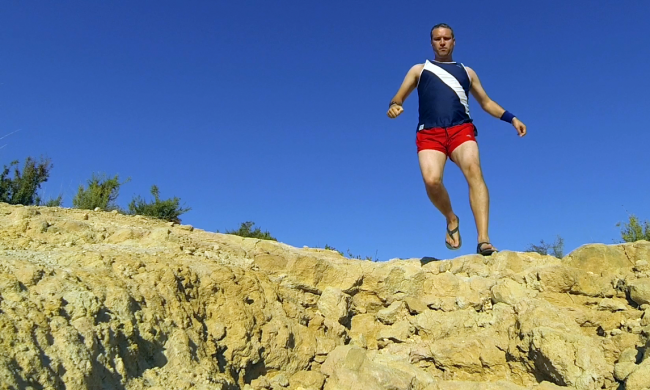 Yes another blog post about running. Only my second in over 13 years so bare with me. I don’t intend on becoming a sports writer. It should be obvious by now that I know nothing about any of this.

I do have a habit of sharing personal stories though. This recent discovery has happened towards the end of one hundred days continuous running. 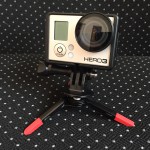 For those craving some tech geekery I shot the embedded video below on the GoPro Hero 3. The sandals I am wearing in the video are the 2014 model of the Vivobarefoot Ulysses. I have no affiliation with either company and both items cost me a small fortune. In fact just checked online and the Ulysses appear to be around £30. I paid 70!

As I’ve said in a recent post, habitual exercise is not something I am accustomed to. Not since as a kid I had to cycle 16 miles to and from school.

Still, after ninety five days running every day, the mental and physical benefits have me hooked.
I started jogging in a minimal Vivobarefoot trainer back in September 2012. I stumbled upon their store in Covent Garden and bought a pair in a sale. Realising that running virtually barefoot is not the same as walking barefoot I only lasted a day.

I still enjoyed walking in minimal footwear. But I put running on the back burner till recently. I still have the shoes but for walking mostly wear Po-Zu’s. Not minimal but Ethical.

Running kind of crept up on me. Ninety five days ago I started out in a pair of British made 1980’s style trainers by Walsh. They seemed fine.

In June I wanted to have a go at one of those running machines in a sport shop. Just to get an opinion on my running style. While feigning interest in fancy trainers, the sales assistant took great pleasure in making fun of mine. After telling me I had a decent running style landing front foot first the then scoffed..

“Your not running in those are you?” 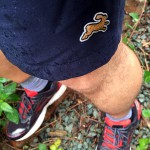 I fell for it of course and left with a new pair of Brooks Ghosts. I thought wow! It’s like running on air.  Then, weeks after I started taking running seriously, I began to experience aches and pains.  One day it was my knee and another my hip.  I thought it was just that I needed a break.  I promised myself one after the hundred days.

Then last week, on holiday in Spain, I decided to experiment with running in Huaraches style sandals. Flat with an ankle strap. I’d bought them last summer. After 2.5 miles (In the video I say 2.5K) I was really impressed.  Not just at the control I had while running over uneven surfaces. But also that there was no joint pain.  Anywhere. I will continue to experiment.

After mentioning barefoot running on Twitter, a few people asked me if I’d read ‘Born To Run‘ by Christopher Mc Dougall. I grabbed a copy for my holiday.

A crazy adventure. A bunch of lunatics pitting themselves against a tribe of beer loving natural born runners. I’m only halfway through. If you are ok with tales of murder and sex parties I highly recommend it.  Whether you’re into running or not.  It’s also filled with fascinating facts and theories on how we evolved.

It appears that for 1,800,000 years humans were hunting animals without weapons. ‘Persistence Hunting‘ seems to be the only way this was possible. Running down prey till it collapses from heat exhaustion. We appeared to have evolved to give us this edge over many in the animal kingdom. We may not be the fastest but we are capable of incredible feats of endurance.  Tracking and chasing, tracking and chasing. Till the animal’s core temperature rises into heatstroke.

I met an ultra marathon runner at a sports shop recently. I was after laces, he was buying a gel like energy food. I stood in disbelief as he told me he’d ran two 100 mile races that week. True to form he had a pair of Vibram Five Finger shoes on. Now I’m reading about the Raramuri. A tribe capable of running hundreds of miles in a day.  Also barefoot.

I have no aspirations of competing in this field. I just want to have fun. In any field.  To keep up with the dog.  To enjoy decent food without it slowing me down.  To keep feeling as good as I do after my meditive morning jog.

No running shoe company can prove using their gear minimises the chance of injury. Yet some stats state 80% of distance runners will suffer a running related injury every year.

Professor of evolutionary biology at Harvard University, Daniel Lieberman, suggests running injuries may be caused by our overly supportive running shoes.  They make our feet weak.  Causing runners to over-pronate, overloading the ankle, knees and hips.

It’s early day’s in my own tentative experiments.  I’m hoping I have the right physiology to relearn how to run.  My calves hurt.  Overworked as I retrain my body.  I know it’s not for everyone.  But i’m committed to finding out more.

So much so that I left my expensive trainers sat under a bed one thousand miles away in Spain.

Video linked HERE if you RSS reader is naff.

I’m @Documentally on Twitter. I talk, Train (Networked Storytelling and Social Tech) and Document. More about that HERE

I’m hoping if you have read this far you will share on. I’m guessing you probably won’t SUBSCRIBE or SUPPORT this blog so some of the links in the post are affiliate links.  You pay nothing extra but the evil empire that is Amazon may give me some pennies in a voucher if you buy something from them.

Finally, once again thanks to @FreakyFwoof for the music used in the video. He’s really good at what he does.