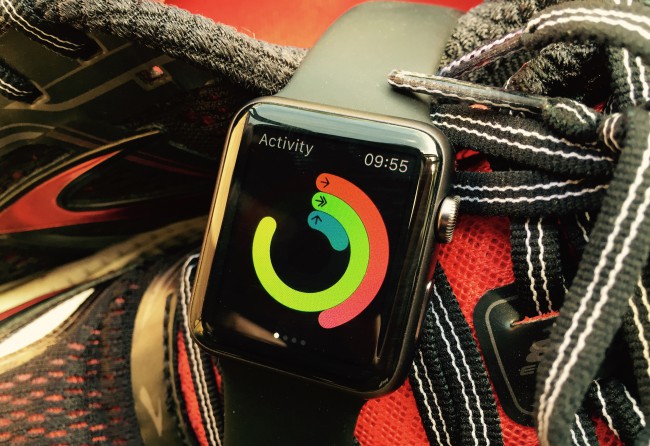 After recording my initial thoughts in audio I had planned this post to be a more in depth look at my experience with the Apple Watch.  Instead I can save you a semi long read and summarise here..

If you don’t have an specific use in mind, like using the fitness tools, you don’t need the first iteration of the Apple Watch.  If you feel that tech can assist you on a mission to get fitter, I think you will be hard pressed to find a more useful device. 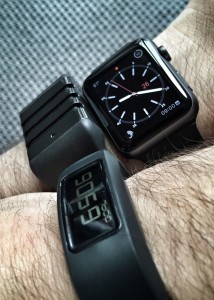 I knew that a ‘smart’ wearable wrist worn device would come along and take the place of my gorgeous Bremont. As well as a testament to great craftsmanship, a fancy manual timepiece is nice to look at.  It can mean something to those who gaze upon it.  It can last a lifetime.  It can sometimes remind you of the day/date and may also be an investment.  But luxury items are for the select few.  And as with many luxury items you can live happily without them.  I didn’t buy my luxury watch. I was gifted it.  I think it’s a wonderful device, created by a small British company using their vision to do amazing things in a difficult industry.  But just as camera brands are realising the market demands more than ‘a box with a hole in’;  watch brands are doing the same.   To cater to our apparent need to be notified, some of the luxury brands are creating smart straps.  Something I’ve consulted on.  I won’t now buy a camera I need to use in my work that’s not a ‘networked lens’.  And I don’t have enough wrist real estate to justify a ‘dumb-watch’.

It wasn’t the Apple Watch that relegated my analogue timepiece to a drawer. It was my Garmin Vivofit.  Besides having a battery that lasted a year it was small enough to be worn at all times and measured movement day and night. The app is a little lacking but it was all delightfully minimal and all I needed to start changing my behaviour and get to gaming my daily exercise.  It even told the time.  I’m speaking in the past tense as I passed the original version on and upgraded to the Vivofit 2.  Which I’ve only retired this week.

Regaining a wrist is one of the things that spurred me into writing this post. I have tried devices with built in heart rate monitors before. I had the Fitbit Charge HR and mocked that it needed charging every other day.  A joke compared with the epic battery life of the Vivofit.  It would last a year on a pair of watch batteries.

But couple the in built heart rate sensor with the larger screen, the additional data.. and the Apple Watch seems to offer a whole lot more. Even if it needs charging every night.  Alongside my phone. 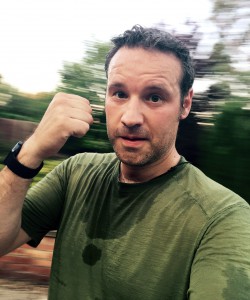 Day by day, charge by charge, this tech combination is slowly changing me.  It’s the nudge I feel I currently need. I have never ran for fun in my life.  I never thought that the words running and fun could even cohabit the same sentence. Running for me was only to be done in emergencies. Yet this is my forty fifth consecutive day of running.

And nothing is chasing me.

I started easy. Run for three minutes and walk for one, run for three walk for one.  After about 20 mins I was ready to stop. That soon increased to five to one.  Now on day 45 running; day 25 with the Apple watch.. and today I ran for 3 miles (5km). No liquid, no music, no stopping and thankfully no air ambulance.

The VivoFit combined with the add-on heart rate monitor is less than a third the price of the Apple Watch. It works.  It’s not as pretty but it does it’s job well.  This was my introduction to gaming my exercise. I have kept hold of it just in case the Apple Watch gets too bossy.  If hadn’t been asked daily for my professional opinion on the watch, I may not have invested. But it’s the Apple workout app and the movement graphics that have won me over.  I’m not one to watch calories when I eat but i’m preferring to measure calorific burn than steps.  It makes me work harder.  I used to go for a couple of casual strolls in a day and that was that.  Steps done, exercise box ticked.  Limited time on a couple of occasions had me attempting to run my two walks in a single 20 minute stint. The results from this have changed everything. Not just what I log. What I feel. Condensing my exercise into a run feels much better than a clock-watching walk. I still walk when I have podcasts to catch up on.  But I miss the free drugs – the endorphins you get when exercising hard. 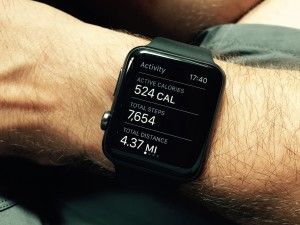 Of course the Apple Watch it’s not the only device that runners are using.  The running market is bristling with so much tech I wonder how a running geek could even move their legs under the strain.  Polar, Garmin, Tom Tom, Leikr, Nike, Adidas and Suunto all have serious writs mounted offerings.  Many for a fraction of the price. But in my opinion none can compete with the additional non running functionality that i’m slowly getting hooked on.

I’ll spare you the cliches.  I’m trying not to sound like one of ‘those running types’  I’ve frowned at while scrolling through my twitter timeline. I just never got it.  And now I kind of do.  At the moment it’s me verses myself. And of course the three digital lines attempting to complete a circle on my watch face.  I look at my activity more than I do the time but not as much as my surroundings.  It’s become my daily mission.  Assisted by the hidden LED’s and the photoplethysmography against my wrist, the Apple Watch has become a window to the most underworked and yet vital part of my body.

And if you’re still unsure of the potential with this form of wearable tech.. 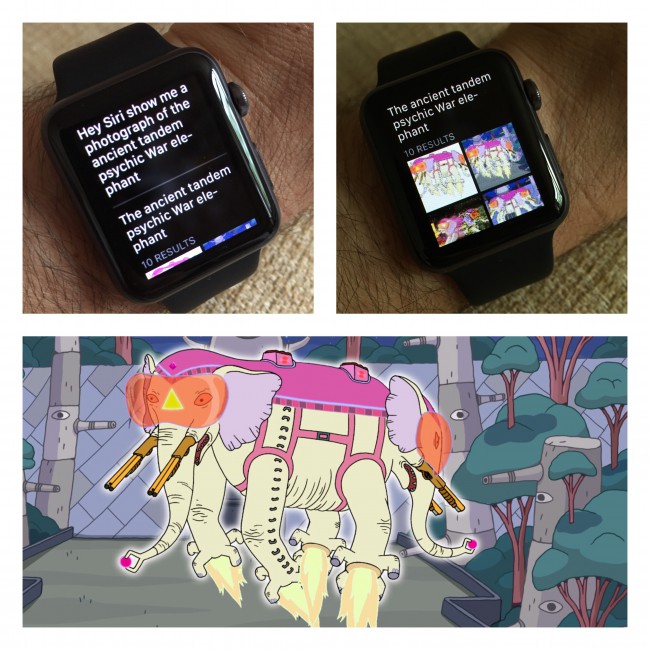 Give it some time.  There’s no rush. Uses will make themself known when and if you need them.

I got an Apple Watch because I needed something to say when people asked me what I thought…  And I think it changed me.

The proof that it has will be if I continue to run without it.