There’s 26 years of design and innovation between these two laptops.

The Toshiba T1200, my first ever laptop (need I say on the bottom) and the latest 11″ Apple Macbook air on the top.

Both still work, but I am finding that the Macbook air has a habit of needing a hard restart once in a while.

I found the T1200 while clearing out the attic late last night. It’s lived in 4 different attics in three different counties.  At the bottom of the same cardboard box for 19 years. 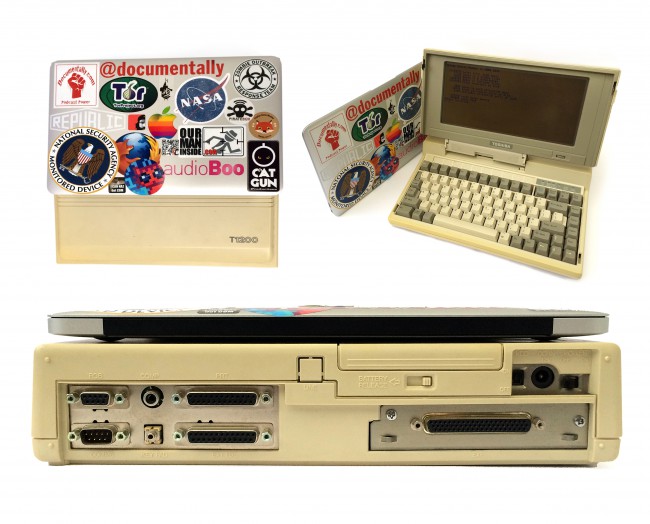 I plugged it in, flicked the on switch and to my amazement it came out of suspended animation.  The hard drive gave a grind, the blue/green screen flickered into life and the machine ran diagnostics on itself.  Like a piece of medical equipment reading out it’s own vital signs.

The sounds, the light and the cursor immediately flashed me back 22 years. This laptop, was handed to me by Grandparents I’d only just met after they’d tracked me down.  It had belonged to a father I’d never met.

He died in a car accident in the States in 1991 and this laptop containing his unpublished book was part of a small inheritance.

I used it to write letters, poems, thoughts, my first travel journal.  To save time I would read my scrawled diaries to my friend Rachael, who unlike me could actually type.

Too heavy to cart around the world with me I put it in storage.  The last time I typed on the keyboard was 1994. That’s according to the most recent date I found on a letter in a back-up folder on it’s tiny hard drive.

There are letters to people I don’t recall.  Reminding me of adventures I’d long forgotten.  Stories and thoughts I had committed to this device and then lost. Only to rediscover almost 20 years later.

I’m so impressed that it still works. That it’s looked after my forgotten memories for so long.

In amongst the files was my first CV.  It lists qualifications from a school now demolished.  Jobs with Laser manufacturing companies now defunct.  Hobbies like climbing, caving, camping and canoeing. Pastimes, well in the past.

Late last night I found myself madly trying to back up this precious data.  These rediscovered memories.  Despite the rear of the laptop being riddled with ports there was nothing I could use.  USB was designed in 1996. Nine years after this laptop. I tried photographing the screen with my phone and using OCR. In the end I just read the words into my phone and let the voice recognition software transpose.

I found myself looking at this hulking machine next to the phone in my hand and marveling at how far we have come.

I can only wonder what the next 26 years will bring. 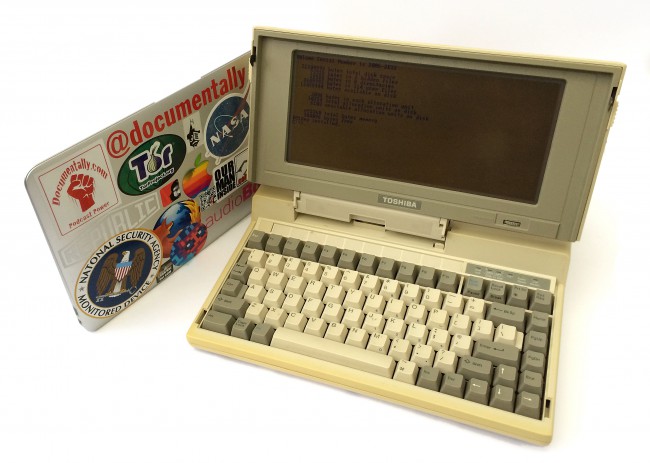