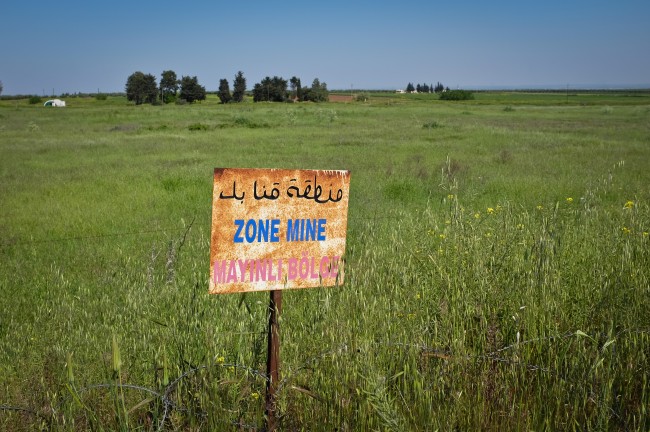 The walk through no man’s land at the Killis/Azaz border crossing had me blinking through sweat at my dusty surroundings.

We had just watched the Hayat Convoy for Syria successfully pass through, laden with aid not bound for Damacus, but heading to be distributed from Azaz. We were in Free Syria now – as opposed to regime controlled Syria – and this unofficial entry would keep the aid, and us, well out of the government’s reach.

Aid supplies are fraught in Syria, caught up in a Catch-22. The big international aid agencies – the United Nations and so on – which can really bring massive resources to bear, are only operating through the regime in Damascus. All of their supplies enter Syria and are distributed with the regime’s permission. Predictably enough, that means rebel held areas like northern Syria do not get their share, while places more loyal to the Bashar Al Assad do get supplies. 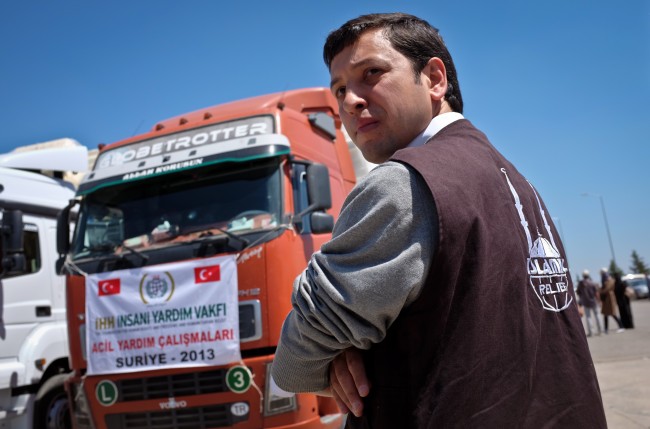 It’s absurd on many levels. The US and EU, for example, have economic sanctions levied against the regime but, at the same time, pay for aid to be funnelled in with the regime’s permission; in effect, they’re picking up the Syrian government’s bills when it comes to basic humanitarian supplies.

Some people – including some high ranking aid workers and certainly the rebels – say this is effectively propping the regime up. The argument for doing it is that were the aid cut, more people would have no food in their bellies.  It’s a sort of equation of suffering, a grim question of balance. Does sending in aid via the regime really help people or really just prop up the regime and therefore prolong a bloody conflict? The decision seems to have been made that the former outweighs the latter.

An alternative would be to send aid in through rebel held areas, which is in effect what the Hayat convoy did. It went in without regime permission and, therefore, the regime could not take a cut of the aid or exert any leverage on who gets it.

For the UN it seems to be largely a technical matter – they can’t just run a convoy over the border from Turkey without the Syrian regime’s permission because that violates international rules governing state sovereignty. That is as close to holy in the concept of modern nation states as its possible to get .

A UN security council decision would be needed for massive UN sponsored aid to by-pass the regime, and Russia won’t back that because it is backing Assad.  Politics, in other words. Syria is rife with it, in the ugliest of forms and the Syrian people are the ones who suffer.

That’s why little bits of aid trickling over the border from the north area all that the civilians in those rebel held zones can hope for. Assad has allowed a few UN convoys up, for the sake of PR, but not the sustained supply needed to deal with the problem of tens of thousands of refugees.

Plus, of course, if the UN does go up there, it might find its workers getting blown up by regime air strikes and ballistic missiles or, these days, possibly targeted by the kidnappers, criminal gangs and, even the much talked about, Islamic extremists. Complicated issues, all mixed in there. 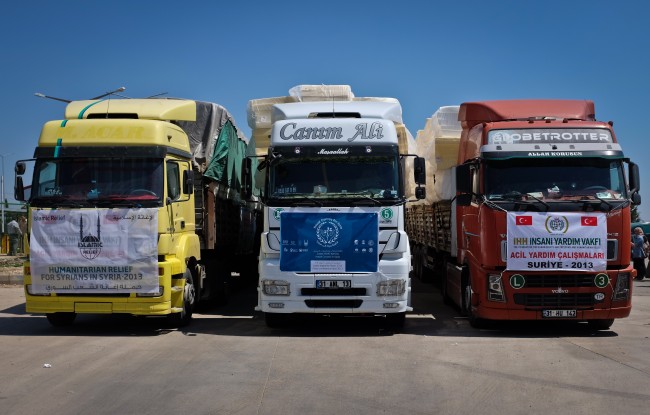 Anyway, back to the Hayat convoy – another small drop in the vast ocean of need.

It consisted of 20 trucks carrying 10,000 food packages, 10 tonnes of medicine, baby kits, bedding and 2,000 mattresses. All this accompanied by 11 ambulances.

After walking through to the Syrian side, myself and journalist Phil Sands crammed ourselves into a vehicle and headed east. 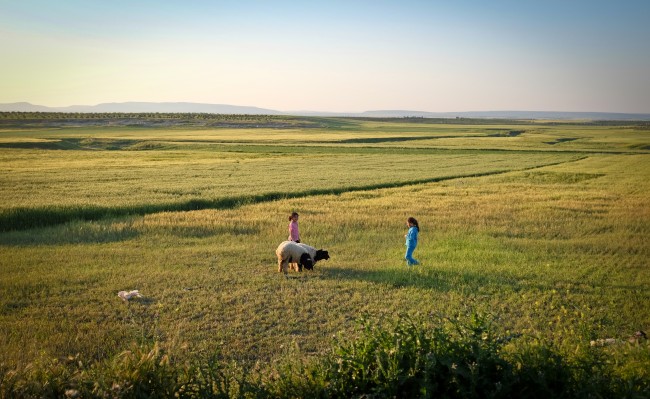 The countryside in this part of Northern Syria is stunning. Our ‘service taxi’, a small cramped bus bounced along the raised road and an open window kept our sweating to a minimum while framing Syrians working the fields and kids playing with stones. It looked oddly normal. Farmlands sown with crops, old tractors parked next to cinderblock houses, kids playing marbles by the side of the road, families sitting outside in the shade with tea. 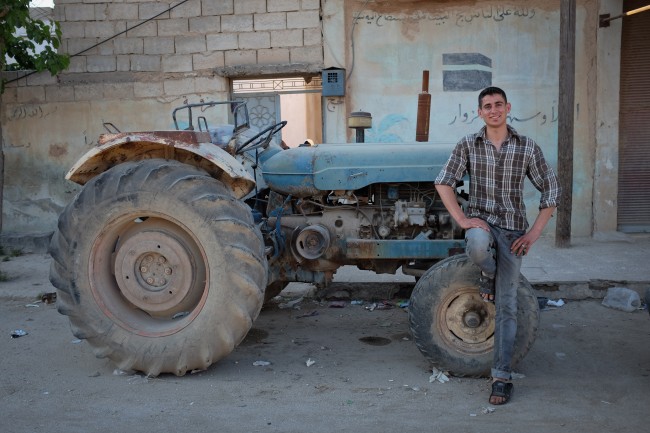 Our destination was a small secret field hospital, secret because the last time its location was revealed it was attacked by government forces.

There is no state healthcare system in rebel areas of Syria and even in government held areas it is collapsing. For people in rebel-held Syria, these small medical posts supported by NGO’s are all there is. 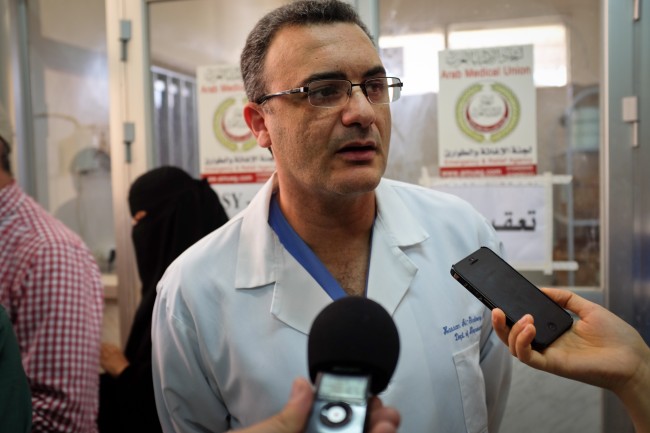 We met with Dr Hassan Shateri, a neurosurgeon and one of more than a dozen Egyptian specialists who volunteer at the Arab Medical Union hospital in Aleppo province.

In the last month he has performed brain surgery on 30 patients, a third of whom he said would have serious disabilities for the rest of their lives as a result of their injuries.

This small hospital, the best equipped for miles around, typically treats between 20 and 50 casualties a day, the majority are serious blast and gunshot wounds from Aleppo city where heavy fighting continues.

While the number of killed in Syria’s conflict is loosely tracked by human rights groups, figures for the seriously wounded remain opaque.

The official death toll from the UN, logged late 2012 is at least 70,000. But with between one and two hundred people getting killed every day, this is no doubt a conservative estimate.

The volunteer doctors here really have their work cut out. On top of the wounded it’s easy to forget in a time of war that normal everyday emergencies occur. Car accidents, heart attacks, burns and falls.

And then there are the horror stories. 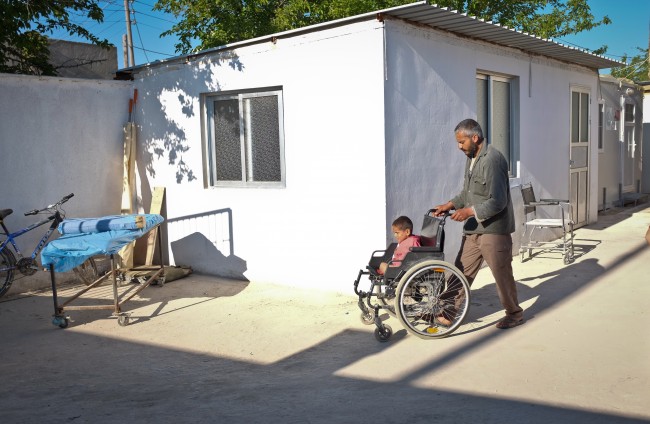 In the courtyard a five year old boy was being wheeled around by his father. They had both survived a rocket attack in Aleppo. But there are varying levels of survival. They both live with the loss of Sultan’s mother and sister.  Sultan has the added loss of his left leg and genitalia.

I felt so weak in front of him. His story is one of thousands. Yet I feel the suffering of a child is impossible to dilute. I’m embarrassed to say I turned away to cry; I didn’t want him to see me with tears in my eyes.

His father sat with him and, later on in the corner, picked his son up and sat him in his lap. He smiled and seemed calmer, and said, “God is generous” when asked about the situation they were now facing. He struck me as incredibly courageous, able to keep going in the face of all of that. He said he was happy that at least his son had not been taken from him.

The hospital is struggling to source some important equipment. They are missing a CT scanner which would save them having to transport severely wounded people across the border to help diagnose injuries. Costing half a million dollars new it may seem like an impossible ask. The doctors that volunteer their skills don’t agree: ‘We’ll take anything, an old second hand one will do.’

These doctors are saving lives, no doubt about it. But they can’t save everyone. 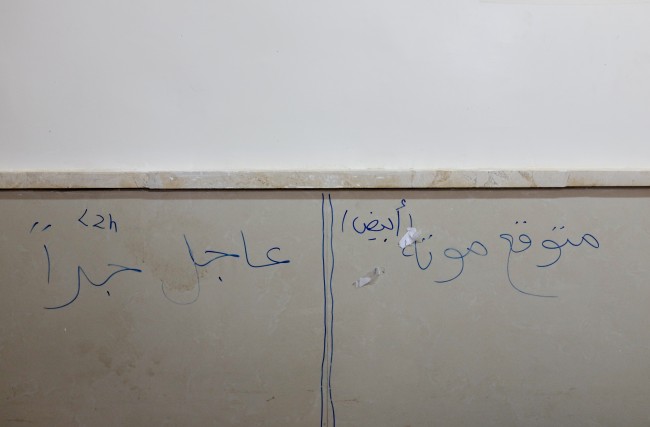 In the small room that serves as the hospital reception, a crude triage system is scrawled on the wall, prioritising cases so the surgeons know who to operate on first. Some need to be seen within two hours, others within four or six or 12.

On the stretchers placed to the right of the line are the hopeless cases. For them, it’s over.

The writing on the wall over that section says: “Expected to die.”