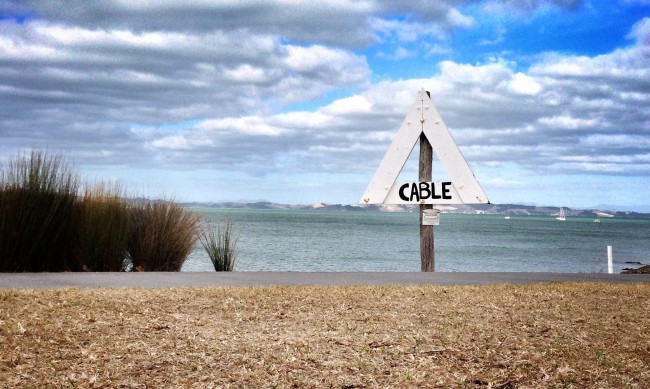 The internet doesn’t really have a beginning or an end. It’s a system.  Still, I liked the title and parking my motorbike on a beach in New Zealand last week, I saw a sign that reminded me that many communication cables do in fact stop at New Zealand.

It takes a lot for me to sit on a plane for 25 hours. Cash helps. Plus the promise of adventures with people I have not yet met, in a country I have never visited and a project that I know will test me.

All that aside, I have wanted to visit New Zealand for many years, and now I’ve been, i’m hooked.

I had been asked by Hyper Island to assist in a project with Hyundai New Zealand. I’d love to tell you more but an NDA permits me from getting too excited with my sharing. That’s cool. If you live in New Zealand all will become clear soon enough. And if you don’t there could well be ripples lapping against your feeds as #HYNZ’s disruptions trickle into conversations world wide. It may be Top Gear that breaks the news for me. 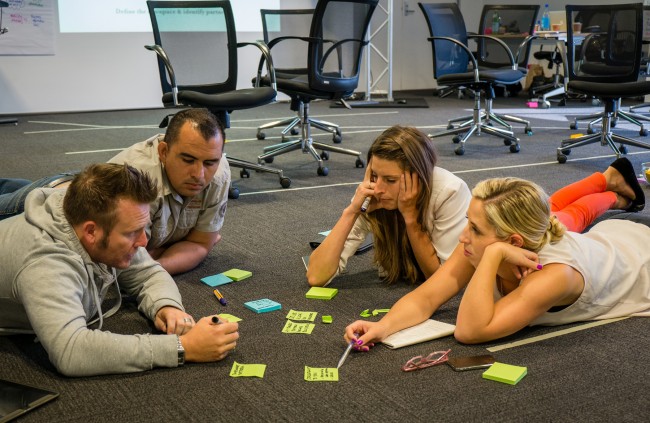 Over my two weeks in Auckland and the surrounding areas I worked and played with some of the most amazing people I’ve met in a long time.

Egoless, eccentric, excitable, professional. It was a time of constant learning for me and those kind of environments are hard to leave.

During my time with Hyundai, work and play seemed to fuse into one and as I look back on my diary I struggle to select any one day to share here.

When asked if I wanted a car to borrow so I could explore the area, I half joking asked if I could have a motorbike. Within the hour I had four to choose from. 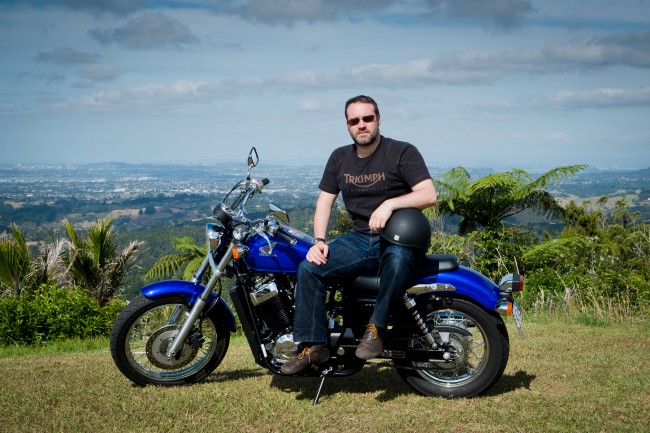 I selected the one I would least likely get carried away on. A sit-up-and-beg Honda VT 750s. Something that meant I could soak up the surrounding coastline.

Meeting Hyundai employee Mike Andrews gave me a glimpse of the local biker coffeeshop scene. Not the gangland patched up chapters. This was all about the classic and custom Triumphs of Shed Five, the restaurant workshop of York street Mechanics and the repurposed Japanese bikes of @RepublicMoto. 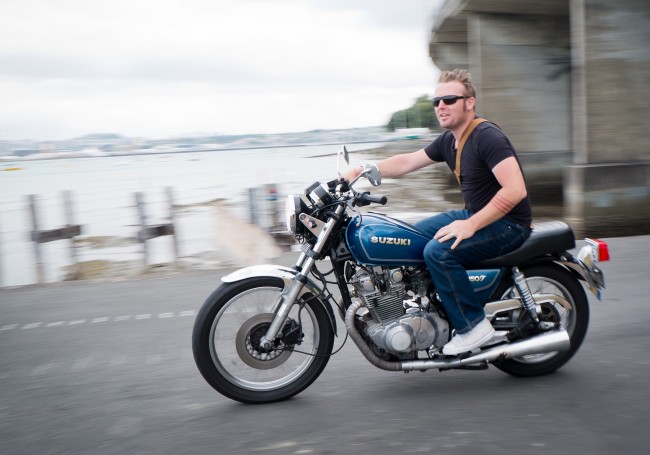 Amazing spaces that attracted a group of bike lovers embracing the last throws of a New Zealand summer.

And we did the same. On my first day out we rode a route from the city through Ponsonby, Westmere, Point Chevelier, Waterview, Avondale, New Lynn, stopping for a quick coffee in the hometown of @JJProjects Titirangi, before heading up and over the Waitakere Ranges and onto the amazing beach at Piha. 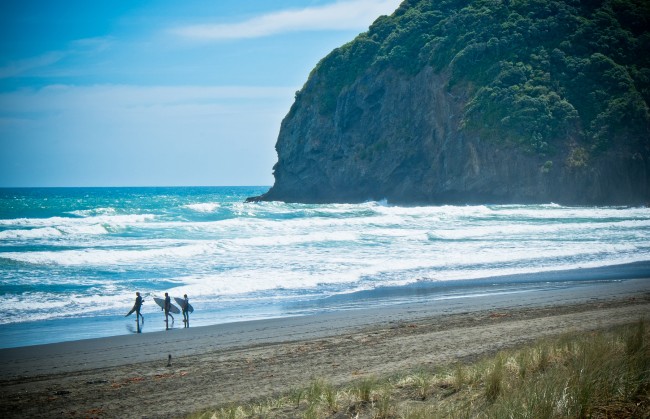 We rehydrated and grabbed sunscreen. The sun beat down on smooth empty roads, winding through rainforest and coastline. I could not have hoped for a better introduction to the North Island. 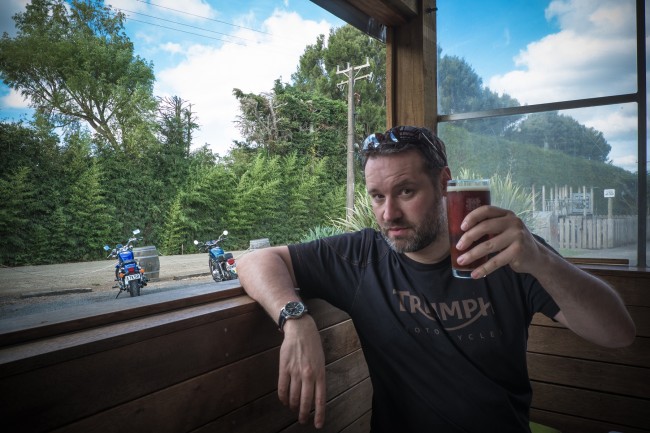 The return leg took us through Swanson, Kumeu and we gabbed a local ale in Halatau.

The ride through Albany introduced me to farming country before a final stop at Northcote point to take a look at Aucklands ever so slightly Sci Fi cityscape. 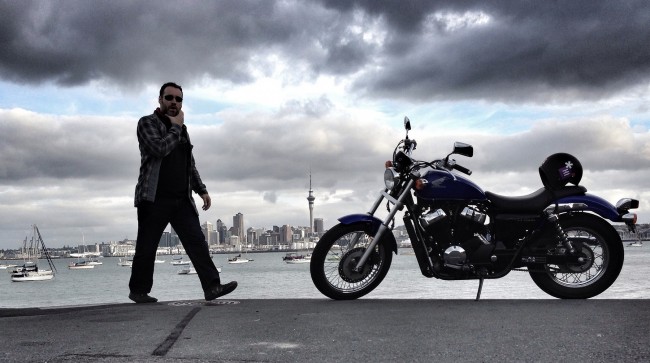 Finally we cut through Ponsonby, the Central Business District, Auckland domain and finished in Newmarket and York street Mechanics.

Freedom, adventure and a good old fashioned road trip. This was just one amazing day of many in New Zealand. Just a taste according to some. Locals play down the North extolling the virtues of the South. I was impressed enough with what I saw. It’s the people I travel for. Everything else is a bonus.

I met and worked with a great team. I made new friends and had adventures with them. I got to share ideas in a passionate company evolving the way it thinks and operates.

Confucius said.. “Choose a job you love, and you’ll never have to work a day of your life.”

I think he was on to something.

I’m @Documentally on Twitter. Here are some audio snippets from my trip.