I think the Milton Keynes International Festival took a lot of people by surprise. Not only would they not normally think of Milton Keynes as the natural home for a cultural extravaganza such as this. But those who experienced the first incarnation of this festival two years ago knew there was a lot of work to be done if the organisers were to top that.

I never made the first year but from what I heard from those that had, this year did even more to win the hearts and minds of both those booked up with high expectations and those who spotted the cultural glow on the horizon and turned up to buy tickets on the fly. 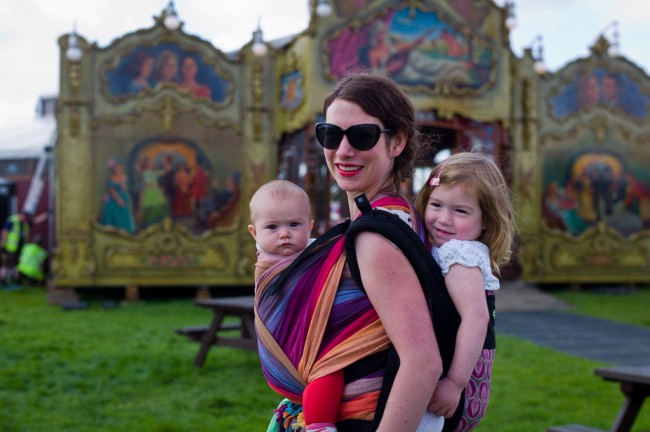 Personally I had my wow face on for much of the festival. I had been asked by The Stables to wander Campbell Park and capture snippets to share in real time and to keep for prosperity. This put me in the enviable position of having an access all areas pass and a healthy choice of tickets to the various happenings.

The scale, diversity and quality of acts, installations and events had my soul thoroughly nourished until late into the night, on every night I attended.

As Shaun Armstrong aka @Mubsta on twitter was photo documenting I concentrated on grabbing Audio. I recorded 20 clips. Some longer than others. Here is an Audioboo playlist. 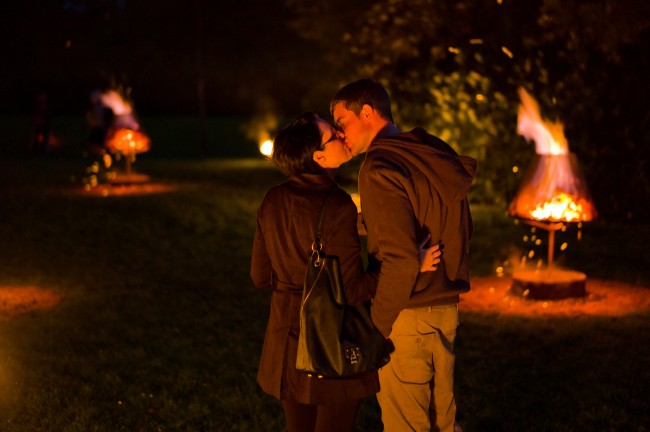 If you want a sample of all the recordings above @MCFontaine has kindly edited a single more bite size piece to take you on a journey through some of my festival experiences.

There are also some great Storify’s curated by @Absolute_Gem entitled.. The Horne Section.. Drums Of Fire.. La Compagnie Carabosse.. and Enfila’t: Plecs.  All well worth a look. 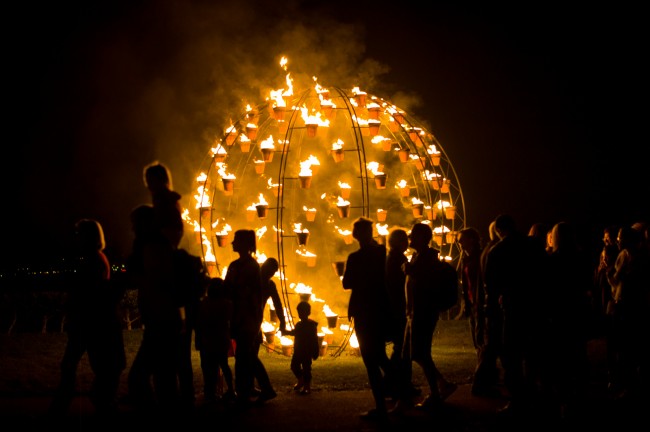 With so much to see and explore, I found it hard to plan anything. I imagine If I was buying tickets upfront they would act as an additional guide so I knew where I would be and when. As it was I got lost in the magic of it all and as a result the festival moments seemed to spill out past the timetabled events and into the streets of Milton Keynes.

I’ll leave you with one such moment that had a soundtrack from an impromptu song from Jonny Kearney. I had just offered him a lift back to his hotel after his performance in the Spiegeltent. Sat on a wall at midnight he played an unamed song we christened Bright Colours and TV’s.. The Milton Keynes Festival was full of moments like this.

listen to ‘Bright Colours and TVs by Jonny Kearney’ on Audioboo