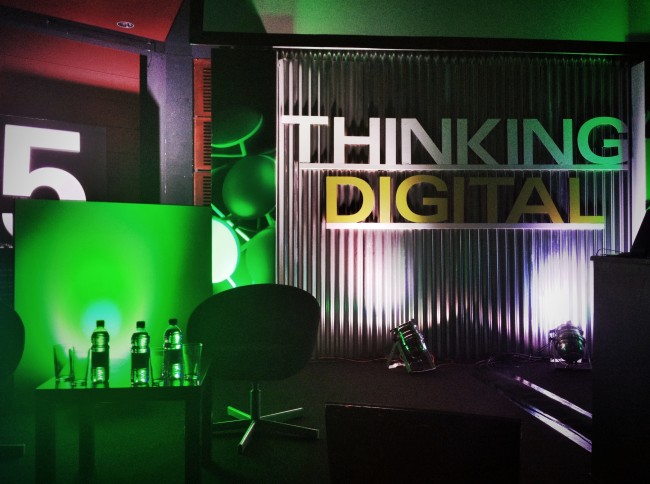 I find the best way to approach any conference you plan to attend is with low-to-no expectations. Especially if like Thinking Digital it has a track record of being bloody good.

With so many people complaining of being strapped for cash this year I would not be surprised if the same wasn’t true for sponsors and organisers. So I figure, if you dial down your expectations you are easily pleased and can find value in the smallest realizations.

Although I arrived in Gateshead with expectation suppression in mind, I could not help but feel a little buzz. With decent accommodation, (£50 a night), a free ticket, (there’s the disclaimer) and two great venues and social events all within walking distance, It was hard not to get a little excited.

This year Thinking Digital also had an app. A simple interface packed with handy info. An archive of past videos, the schedule, and an area where you could follow the live conversation and check out a list of attendees. The schedule showed speakers, locations and maps and I found it so much easier to use over a printed booklet.

When I interviewed Alice Taylor from @MakieLab she told me she thought it was the best curated conference she had ever been to. And that was before the last day had even started. The programme is always very eclectic and this year was no different.

While all the topics that pop up may not necessarily all appeal to me. I never get to the end of a speakers talk withough having some soundbite or nugget to take away. Then there are those who just plain blow your mind. That happened more than a few times this year.

Favorite bits for me?

Well, sitting on a panel with @KattieMoffat (Moderator) @Jas, @Wadds and @WillMcinnes was lots of fun for starters. Once again I got to experience the wonderful Tyneside cinema as we talked about mobile, consumer activism, anti marketing, and curation (in relation to your own content). We had a light hearted dig at the walled gardens and talked about what inspired us, as well as some of the niche places out there.

Other names and talks that are firmly etched into my mind… Magnus Lindkvist, ‘comedic trendspotter’ had me in stitches as well as raising an eyebrow or two. Sebastian Seung introduced me to crowd-sourced Neuroscience. Helen Czerski showed us that Bubble scientists not only existed but knew some pretty weird shit. Peter Gregson once again amazed us with his music tech mashup skills. (Even if the tech gods demanded that this be spread over two days.) Alice Taylor shed some light on her 3D custom toy craze that’s currently in all the press. Pam Warhurst got a standing ovation with her plant-first-ask-permission-later social activism. Jessica Latshaw‘s Folk/Rap entertained whether amplified or unplugged and Professor Sugata Mitra had me exploring new concepts around alternative education.

listen to ‘The future of learning with @SugataM’ on Audioboo

And this was just the first day of talks. The evening that followed could quite easily have got out of hand as Thinking Digital appeared to be buying the drinks for everyone forever.. or so it seemed.

Thursday had my fuzzy wine mind exposed to incredible Robot Surgery with Aimee Di Marco, had me wondering why BBC’s Ralph Rivera still hasn’t learned to turn his phone to silent. Simon Cross had me pondering just how far advanced Operation Zuckerclone had in fact spread and Contagion Terminator Dr Jennifer Gardy had my ‘Wow!’ muscles aching for her to stop. 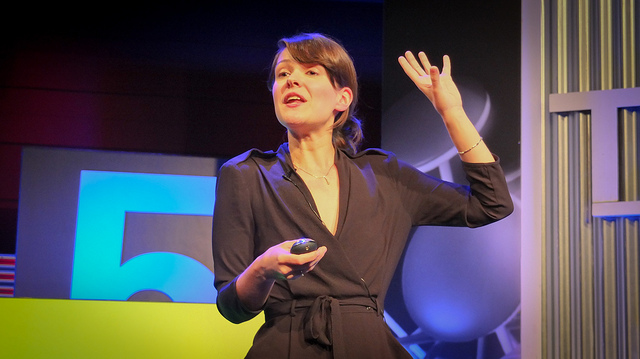 Honestly. The thinking digital team deserve an immense amount of credit for pulling off another great year. Building on the success of last year I think had a lot to do with the creative momentum these guys now seem to have.

How could the Thinking Digital experience get better into the future?

There is certainly something to be said about the close proximity of venues and if I were to curate a conference from scratch I would probably set it on a cruise ship. A sort of ‘Floating Digital’. Once again the long coffee breaks and social spaces were the petri dishes for nurturing the thoughts and relationships seeded by the talks. Bring this into one vessel. Where sleeping, eating, talking, and drinking all happen in a relatively confined space. Who knows what might happen. It also stops the parachute speakers doing a runner. Just a thought. An underground bunker would also suffice. Providing the wifi was decent.

That’s a point. I haven’t mentioned WiFi yet. I guess that’s because for the whole time at Thinking Digital I don’t think it crossed my mind. It just worked. As does Thinking Digital itself.

I was also at Thinking Digital last year.
…And the year before.