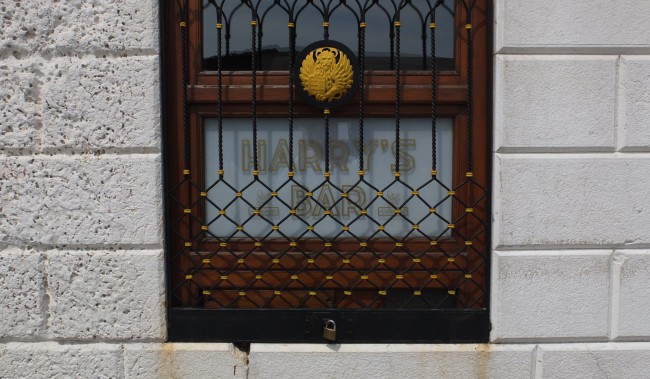 When I told people I was going to Venice they said..

“You must go and drink a Bellini in Harry’s Bar.”

I’m pretty susceptible to suggestions involving exotic drinks in interesting locations. So it went on the list.

If I’m honest I’d never knowingly had a Bellini, or heard of Harry’s bar. It sounded like an easy challenge though. Go to a bar and have a drink. It’s not like it’s The Old Forge, (the UK’s most isolated pub after all, I was flying to Venice with my wife so we could catch the Orient Express. Another adventure on the list.

I read up on Harry’s bar and it’s fascinating story intrigued me. 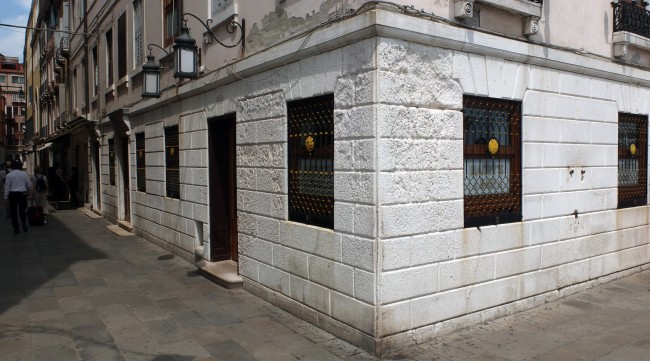 After a morning of Venetian meanderings we eventually stumbled upon it by accident. I spotted ‘Harry’s Bar’ written in the frosted glass on an unassuming building after crossing the bridge from St Marks square. It wasn’t an easy place to find, even with it clearly popping up as ‘local’ on the app FourSquare. Originally I think it was even harder to find, as before the building of the bridge it was at the end of a blind ally. This appealed to founder Giuseppe Cipriani as he wanted people to visit who weren’t just passing by, but knew the place and visited specially.

The narrow door opened tightly onto a wooden screen so people loitering outside could not see who was drinking inside. If you needed a wheelchair or were even a little rotund this would certainly be interesting logistically. 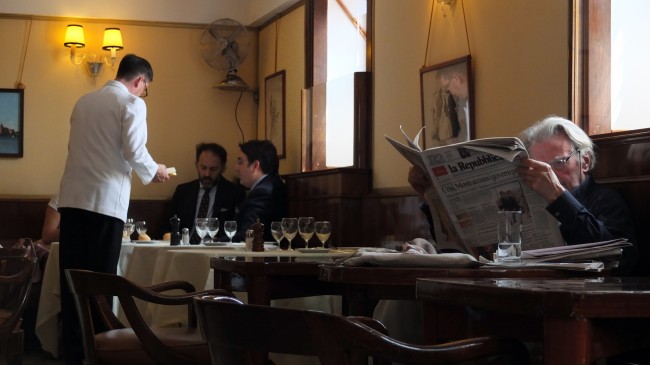 Once inside a pristine white jacketed waiter handed us a menu before we sat down. I took a quick look, gulped at the prices and not wanting to lose face gestured to the corner and asked, “Can we sit here?”

“No problemo.” he said. We had passed the first test. We soon saw that this was a warning system that had many tourists turning and retreating. Their day’s budget intact.

We had decided on the mission in hand and nothing else. Two 18€ Bellini‘s, to be supped slowly and nothing more.

This was of course where the Bellini was invented. Sometime between 1934 and 1948 Giuseppe Cipriani started mixing Prosecco and peach Purée. A simple enough list of ingredients. Especially for £15 a glass. The original was all about the white peaches and the drop of raspberry or cherry juice to give the pink hue. 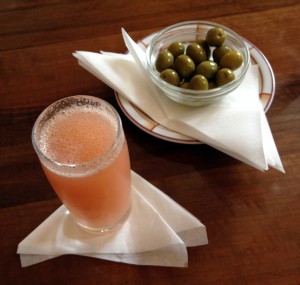 This is what we watched being made for us and we cradled our cool glasses between each sip. Another waiter brought us some delicious olives and hot nibbles from the restaurant and I gave him the international facial expression for “Is this free?” and they were.  And they tasted even better for it.

Once you put the prices out of mind, it did have an intriguing atmosphere. The frosted light on a hot day.  The old wood paneling absorbing the whispered conversations from smart suited mysterious folk. Some meeting to discuss who knows what and others sat catching up on the news.

I got to thinking about all the characters who had drank and got drunk in this small space. Clientele known the world over who used this place as a sanctuary. Who’s corner I may be sat in.  Noel Coward, Charlie Chaplin, Somerset Maugham, Barbera Hutton, Guglielmo Marconi, Orson Welles, Truman Capote

And I sipped slowly.

To see the whole list as it evolves visit 40at40.co.uk