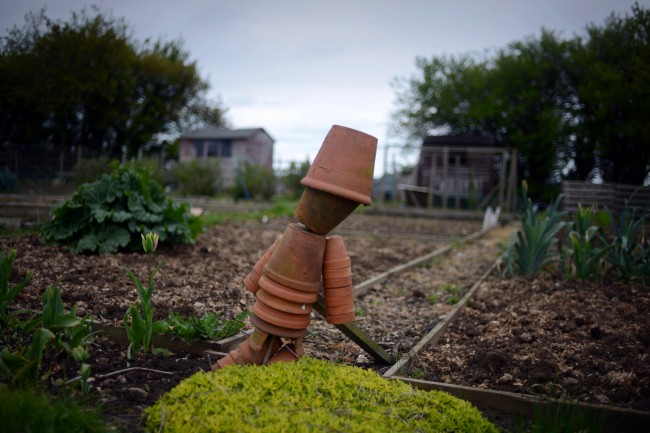 It’s all well and good having a 36 megapixel camera but unless you have the processing power and bandwidth with which to edit and upload, you’re going to spend more time fiddling with your photos on a screen than actually taking them.
The above image what shot in an allotment with the Nikon D800 set to shoot and record Raw to Compact Flash and jpegs to the SD. I used the camera connection kit to import this one image into the iPad 3 and first attempted to edit in PhotoPad. A popup on PhotoPad told me the file size was too large and would be reduced so I switched to PhotoForge2. PhotoForge2 may still reduce the image size but it didn’t tell me so and would take about 20 seconds rendering between each operation.
It wasn’t a quick edit. There was some finger drumming time delay between adjusting levels and vibrance before uploading straight from the app into Flickr. About seven minutes from camera to Flickr. 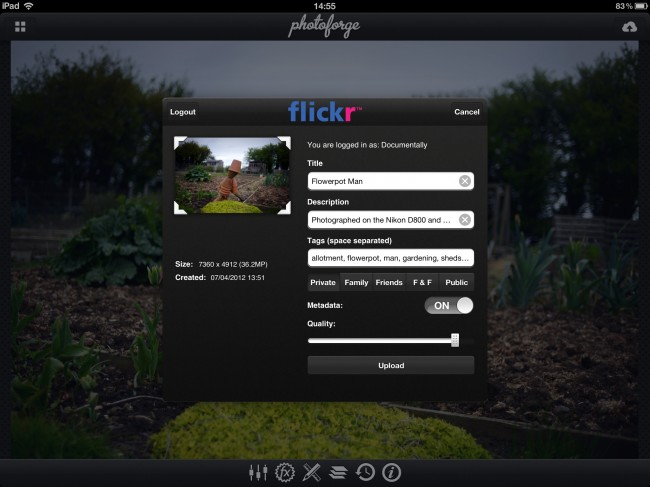 I then opened the app Blogsy and wrote this post. Adding the Flickr image from the sidebar options with the drag and drop.
When speed is of the essence I’ll still be working with iPhone images but there’ve been more than a few times, especially when capturing low light, fast moving, or distant subjects where the iPhone 4s has shown me its limitations.
Its certainly interesting experimenting but I think it may take some time to find a swift efficient workflow if I choose to blog with high quality images.
If you are reading this and have experimented with editing and uploading high res images using mobile devices, (especially iOS devices) please let me know your findings. Particularly if you are wirelessly transferring images using the ‘AirStash’ or have found photo editing apps capable of working with large images.
I post more findings in the coming weeks.