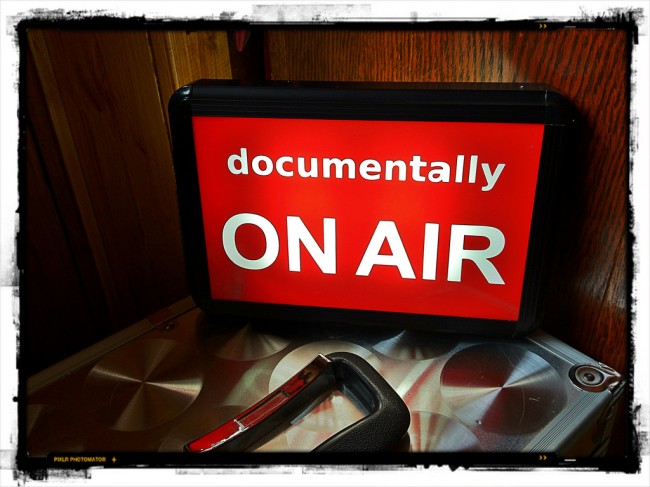 Certainly one of my favourite gifts over Christmas was my LED lit ‘On Air’ sign. It arrived via international post just in time and yesterday I received the customised front you see in the photo saying ‘documentally ON AIR.’
So I don’t have to get up and switch on the mains power adapter, I’ve bought a remote controlled mains plug. This allows me to turn up to four devices on and off from the comfort of my desk.
When not being photographed, the sign sits in the window of my Garden office @Docuden facing out and warns those approaching that I’m ‘on air’ and not to disturb until the light goes out. I may be streaming live video, recording audio into Audioboo, or recording video to edit later. It has also come in handy when being interviewed on the phone.
It certainly looks less suspicious than a ‘Do Not Disturb, I’m in the shed.’ sign.