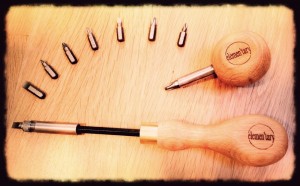 Man is a tool-using animal. Without tools he is nothing, with tools he is all. ~ Thomas Carlyle
Growing up in the countryside, my play area had more than it’s fair share of shacks, sheds and shelters. The tool shed was my favourite. Old tools and new. Some ancient and still going strong. Older and stronger than a lifetime.
I built my own tool kit early on. First with hand-me-downs from my Granddad and duplicates found in the rusty nail filled shed draws dotted around our small holding. Then as i got into electronics, I filled the melamine draws of my bunk bed with soldering irons an tiny screwdrivers, bought with my paper round money. They were pretty naff and would break often. I would learn quickly that cheap tools were not an investment.
In my early teens I was allowed alone into our nearest city, Coventry. The bus would terminate at Pool Meadow. A bus station with neither a pool or a meadow. It was however in easy reach of Exchange and Mart, RS Components and Tandy. These were my toy shops. I’d stand looking at the tools and gadgets behind glass or piled high on racks, badged with over sized neon cardboard stars displaying prices I could sometimes afford.
I remember buying a small vice which attached to my bed via a suction cup. This was the foundation stone for my budget workshop. With this cheap vice as a centre piece I could pretty much justify the purchase of any tool I coveted.
Then I would make stuff. I started small, soldering bugging device kits bought from the back of comics. I would then work wood, building insect houses and the occasional slingshot.
With basic skills in electronics and woodworking I found I could dismantle my third hand oversized 70’s TV that dominated my bedroom and even get it back together again. The same went for radios. I’d only do basic stuff, upgrade a speaker, or fault find a circuit board malfunction.
This stood me in good stead when later in the 80’s I got a job with a Rugby company called Hahn & Kolb. I had somehow managed to blag a job in R&D of the Laser department. We designed, built and tested YAG and CO2 lasers for marking and cutting.
Shortly after arrival I was given a catalogue and told to order and assemble a tool kit. I could not believe my luck. This was a German company and the catalogue only showed precision high quality tools. I could order anything, within reason. And I did.
With the assistance of Alan, the oldest serving engineer, I spent more than the equivalent of two weeks wages that day. This was extra to my wages. A glorious bonus I hadn’t been told about. Alan would trace his finger across the pages in deep concentration occasionally letting our an approving “Mmmm” and I would order what he was pointing at. In my mind the company had gone crazy. In the company’s mind, an engineer was only as good as his tools.
When they arrived the next day, I was informed these tools were mine and mine alone and for the next few hours I calibrated and set up a Yttrium Aluminium Garnet Laser in order to etch my name into the various metals.
When I left the company two years later to go to University, my tools left with me. Some have since got lost, a couple have broken when I have used the wrong tool for the wrong job, but many are still going strong.
I am still passionate about quality tools. Tools that have the potential to outlive their owner. Tools you can hand down to younger generations. I still have some of my Granddads tools.
Today I got these screwdrivers as a gift. British made, a custom design. Recycled Beech with brass ferrules and stainless steel bit holders. To most people looking at the photo it’s a couple of wooden screwdrivers with removable bits.  To me these are tools that can build, fix and make things for longer than a life time. These are tools I can pass on.