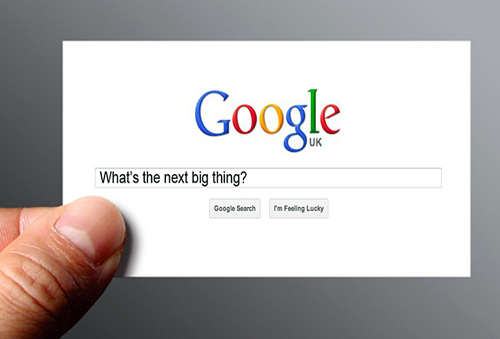 I seemed to have spent a large proportion of my Internet ration on Google+ these last couple of days. Not in the negative time-suck kind of way.. In the WOW.. could this be the next big thing? kind of way.

I hope it is. It’s long overdue. Although I have a feeling it’s going to take a little time for people to see the potential. Perhaps a core community, the early adopters that love communication technology and understand the complexities of the social niches we make, perhaps these will blaze the trail. For the time being Google+ will not be a place for the masses to play. Soon though. And when they do the mass will be less massive, huddled in corners and finding new relevance in social interaction.

A couple of nights ago it cropped up in conversation again that Twitter had been stagnant for 18months. Although I’ve felt there to be a huge need for some inspirational new platform I didn’t respond as I was not sure I felt exactly the same way. Yes twitter as a platform hadn’t really moved on that much, but for me the value is in the feeds. It’s the conversation and content. There are times I forget about the platform and it’s simplicity. I also forget about it’s shortcomings. Without effective filtering, grouping, spam control and easy accessibility to the lists, Twitter can often feel half finished.

What Google+ has done is remind me of what is possible and that Twitter has even more shortcomings than I care to realise.  Twitter is my chosen platform when fishing for serendipity but Google has planted an awesome seed and many of the tech horticulturists can only imagine what it may bloom into. Of course if overlooked and not nurtured,it could wilt and die like Wave did. I liked Google Wave. Not enough people felt the same way though. I hope G+ is here to stay and enough users see the potential and make it their own.

Apart from the obvious, there are a few possibilities I’m quietly excited about. I’ve wanted to be able to send Geo-fenced updates to people within a particular location or distance from my current location. This could easily become a possibility within Google+ and it’s innovative use of your social graph.

Two days ago I was talking to a hall full of people wanting to learn more about twitter and the possibilities. I’ll certainly be changing my slides and adding G+ but I’m sure only a fraction of the people in that hall will check it out.

Firstly it’s new and the true value is still being defined by the early adopting users, experimenting, playing and creating the first case studies.

Secondly, the Sith marketers have not yet started talking about how much money you can make on it… Give them time.

My initial experience of it was on my iPhone and iPad and it appeared mobile straight out of the box. For all it’s functionality it appears clean and ad free. Ad free for now perhaps.

More than anything is I can see massive potential. I can’t wait to see how it’s used as an educational tool. Also having tried the pretty slick video conversation, I’m again wishing for more bandwidth as I can’t imagine what chatting with 10 people would look like. Especially with my current serving of internet access from British Telecom. It will probably allot one pixel per person who’s ‘Hanging out’ with me in video.

Then there is ‘Circles’ and the ease of grouping. This for me is where most of the potential is. This for me is the killer feature. My life is way more fragmented than it appears online. I have different friends into very different things. I like to keep my family stuff separate from my work stuff, my bushcraft talk separate from my motorbike chat and so on. This has not always been easy and although twitter has been the backbone to much of the media I have on multiple blogs, I think Google+ would make this segregation much easier as I can hold all these conversations off to the side, in separate rooms without the echo being overheard in the central hall.

This grouping seems to match what we do in real life. Google+ could stop all this talk off ‘offline’ and ‘online’.  Sociability spans offline/online. Forget about the tools. It’s the interaction within our relationships. Many have already felt this fusion as we interact with the world around us, not even aware of the mobile devices in hand.

Let’s make the most of it while we can and if it all turns out to be the beginnings of an evil plan… Lets hope some switched on open source coder rips off the good bits (like Facebook probably will) and let’s make this way of sharing and conversing our own.

Maybe it’s too good and too human to belong to a mega corp. Or perhaps google is infact not evil and this is their gift to prove it.

[CORRECTION – I, like many am now not allowed to play on Google+ Even though they know pretty much everything there is to know about me. they don’t want me to post under the handle ‘Documentally’ and so have suspended my account. More info on Documental.ly]