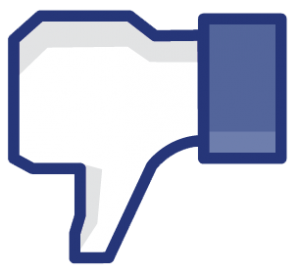 When I wrote this article back in June 2007 I got a few emails telling me to stop being paranoid and just assimilate like everyone else… In fact I got many more emails in defense of facebook than I received in support of my concerns.

Is the tide now turning? Or is there always going to be a miniature backlash against the corporate Goliath’s?

It talks of an account closure due to a real name not being used and then a total backtracking turnaround by facebook.

I imagine facebook suddenly realized they were playing with fire by banning a prominent bloggers account and someone in marketing decided it would be better to reinstate it than to face a barrage of negative blog posts as they pop up all over the net. They need your REAL name to collect REAL data on the REAL you. Wouldn’t is be wonderful if we all signed up with another account under a false name and used some kind of ip masking to hide our digital identities..

I have a facebook account but it pretty much lies dormant. I only really signed up to research the phenomenon and to prevent ‘Johnny identity theft’ from using my name instead of me.

Anybody harvesting data from it would be pretty bored by now. Apart from a few ignored pokes and zombie bites there is nothing really to see.

There are loads of more interesting, less in your face ways to network and yes, perhaps they may all one day all come under the great empirical umbrella that is google, but as it stands today.. Don’t add me or ask me to join the ‘facebook owns me and my life’ group.

I don’t spend any time there and I don’t miss it.