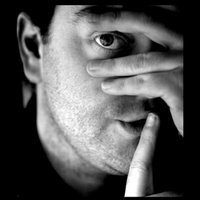 Our moods are rarely completely stable, if they were the world would be a very boring place. Feeling happy and sad is important. Much of our self learning is done by comparing one against the other.

It’s not the recurring pattern of these moods that causes problems, it’s the severity. In bipolar disorder aka Manic Depression the mood swings aren’t like the normal highs and lows of daily life. It’s characterised by extreme mood swings, from deep depression to extreme elation. These severe highs and lows may alternate, or there may be long periods of stability between them. Some people with Bipolar suffer mainly from depression, with only occasional manic phases.

During a manic or high phase, people feel enormously energetic and powerful and tend to become hyperactive, going without sleep and starting totally unrealistic schemes or projects. Some people find they’re very creative. However, problems arise when the mood spins out of control and the person behaves in ways that they later find deeply embarrassing. It’s quite common for someone to lose touch with reality and, for example, run up enormous debts or invite total strangers to their home. There can also be unfortunate consequences of decisions taken while very high in mood.

The depressive phase is similar to other forms of depression. It’s characterised by a lack of energy and interest in life, low self-esteem, and feelings of guilt and despair. Sometimes the person will be suicidal.

In this episode we meet ‘Tree’, I will leave it to the listener to decide which phase they think he is in right now. He speaks openly and frankly about how Bipolar Disorder has and still is affecting him. One minute he is completing highly paid design contracts for top London agencies and the next he manages to spend a years wages in three months on alcohol alone.

If you find any of the subjects covered in this podcast effect or relate to you and your life please visit the following links for more information: