Whilst in Edinburgh last week I found myself running low on mobile phone power. A friendly German couple in a phone shop on Home Street kindly let me charge it behind their counter whilst i was out and about.

I had one of those weird heads on when you tend to see a picture in everything and wished i had taken my camera out with me.

On returning to the shop i sparked up a conversation on phone technology and in no time at all i had made the spontaneous purchase of a brand new phone.

Granted it had been one i have been looking at for a while.. this particular model had been tweeked and messed with and even had the next and latest models firmwear installed inside it’s sleek black shell. I was chuffed to bits and ever since i have been snapping at anything that passes a train window or falls underfoot. Such a great form factor for street photography and much less scary than my SLR.

A two mega pixel camera in a phone… and no doubt this is only the beginning.

Well of course it is, as the corporate giants obviously want us to keep on upgrading and as soon as we know it, we will have a five megapixel…eight… then who knows if a camera will ever be just a camera again.

There is talk of a five megapixel camera watch that uses bluetooth technology to beam the viewfinder onto the inside of your shades or glasses.

That may take some getting used to. It makes sense having the ability to share the image via bluetooth or like we do I.P or Netcams as i’d rather a ‘networked lens than have to mess with memory cards all the time.

If you are reading this and would like to go on a camera phone photo walk let me know. I’d love to share my findings and photos. These devices are almost invisible on the street. 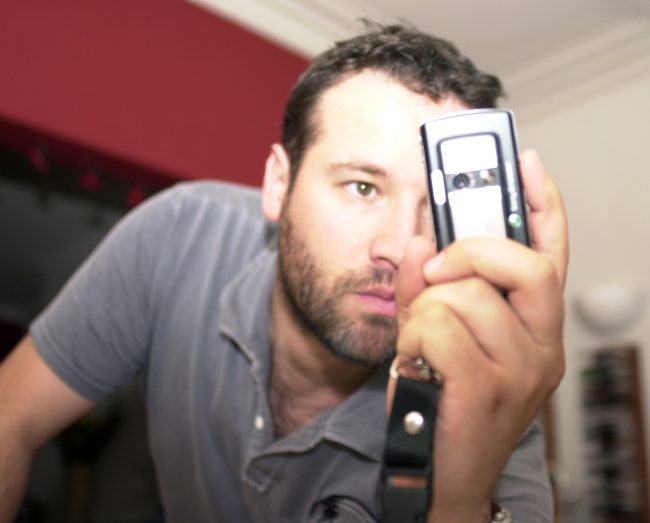